Its goal is to strengthen the games industry in Bavaria. Games/Bavaria brings together all kinds of game-related companies: not only game developers but also publishers, service providers and the makers of the various platforms and frameworks that keep everything running.

With a community of such depth and breadth, it’s easy to find the right partner for your project. Our various community events, projects and shared platforms are here to ensure that. These efforts don’t just improve the efficiency of our individual companies, they also encourage mutual support, facilitate the exchange of ideas, inspiration and talent, and ensure better products and higher-quality work.

Games/Bavaria is even active beyond the Bavarian borders, working to increase the visibility of our local industry in the whole wide world. How? With shared websites, events and last but not least diverse group appearances at important industry events like gamescom in Cologne or Game Connection in Paris.

Games/Bavaria was created at the end of 2012 through a public-private partnership. The organization is built on the relationships that representatives of the Bavarian games industry had already been cultivating on their own. A coalition of voluntary supporters, heavy hitters from the industry in Bavaria and the state of Bavaria itself has collaborated for some time to strengthen and develop the region. And, since 2009, FilmFernsehFonds Bayern (the Bavarian agency supporting film, TV and games) has contributed financial support to concept development, prototyping and production.

Games/Bavaria’s first public appearance was a group trip to Game Connection organized by Johannes Roth of Mimimi Productions, in which 16 companies travelled to Paris with the financial support of Bayern International.

Games/Bavaria got its next big push in January 2013 when the newly-opened digital startup incubator, WERK1 München, hired a Project Manager Games. Thanks to financial support from the Bavarian State Chancellery (Now the Bavarian ministry of economics). His mission: deepen and extend ties within the local, national and international games industries.

Lena Fischer has replaced Robin Kocaurek and as if that weren’t enough change, Robin number 2 will face new challenges from 2020. But for this, the tried and tested comes back: After a year’s break, the X-Mas pitching will take place again this year as a warm-up to the Games/Bavaria Christmas party! NEW FACES AT Read More

The games scene is booming – almost every second German today plays regularly on consoles, smartphones and the like – according to recent studies by the games industry. Gaming has long ceased to be a special interest hobby where the public turns up their noses. More and more, the creation of digital games is being Read More 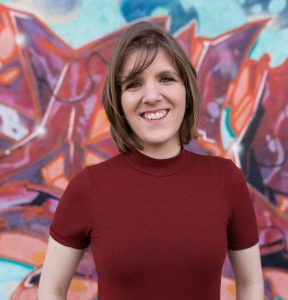