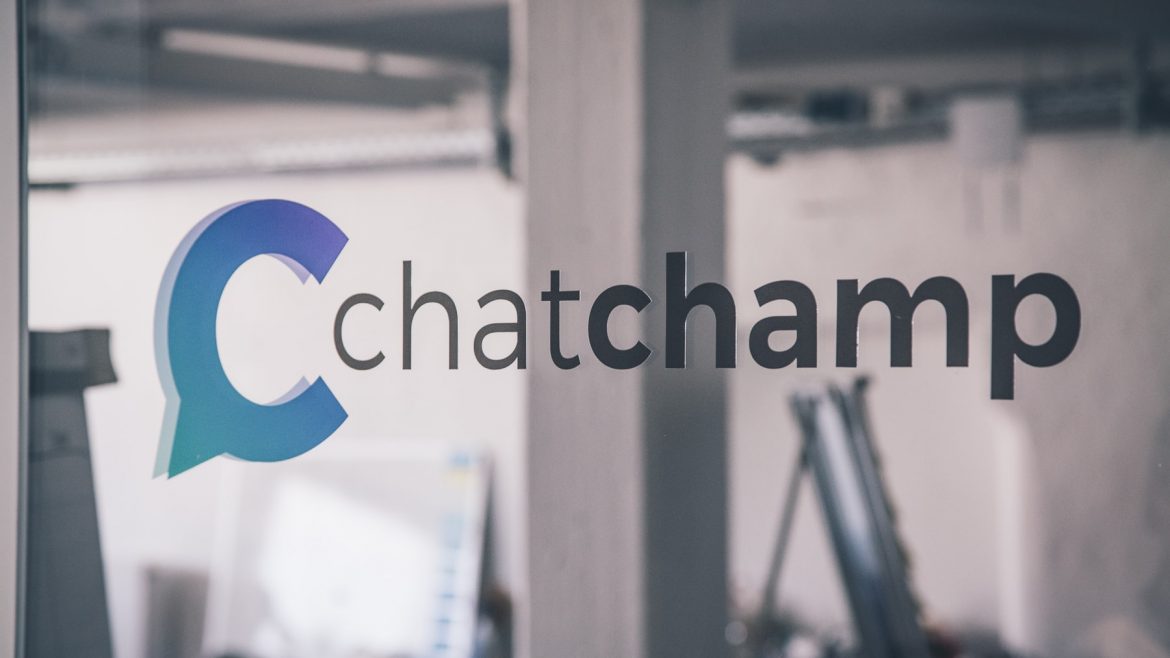 Busy silence reigns in the room. The desks are littered with creative chaos, the walls full of mind maps and results from the latest brainstorming sessions. Between all the notes there is an Asian lettering – translated: “Continuous Improvement” No question who enters the office of the young Munich startup Chatchamp immediately notices that someone is burning for his idea! “Instant messengers like the Facebook Messenger or WhatsApp are now firmly anchored in our daily communication and although they were previously mainly used for private messages, we are now experiencing a development that customers would also like to be addressed in this way. We have recognized this trend,” says Felix Belau, one of the three founders of Chatchamp. Since April this year, WERK1 has been able to give the ambitious crew and their promising vision a “home”.

Founded a good two years ago by Felix Schröder, Felix Belau and Dominik Grusemann from Munich, the start-up focuses on messenger services such as Facebook and WhatsApp as its new B-to-C communication channel. “We have simply recognized that communication is shifting more and more. Instead of e-mail and the like, people want to be addressed more personally and individually,” explains co-founder Felix Belau. Together with its two partners, the team has developed software that makes it possible for online shops to communicate individually with customers via instant messengers. The advantages: The customer can also express wishes and feedback. In this way, the company gets to know the customer better, can send targeted content that is really relevant to him and thus increases customer satisfaction, customer loyalty and ultimately sales.

An approach that obviously works: First customers use the software successfully. Felix: “That was a big milestone for us. When I think about how it all started, it gives me the creeps.” What does the co-founder mean by that? Quite simple! The moments that every startup knows. Felix calls them “the crunchy moments when you can’t predict how long you’ll be around.” What helped most in critical situations was the friendship that prevails in the team. Felix and Dominik have known each other for 15 years. After getting to know each other, Felix joined the team at the Munich Startup Alm, a workshop lasting several days for founders. Together, the three experts combine their know-how and many years of experience in the fields of IT, business and marketing.

MUNICH, BERLIN AND BACK – AT WERK1 UNDER FOUNDERS

After a short flying visit in Berlin – Chatchamp has qualified for an accelerator of the Axel-Springer-Verlag – the three are back in Munich. “Right at the beginning we started in Munich, but then we were still in a small room in a shared office near Nordbad,” recalls Felix. And here comes the second aspect of the goose bump factor: he also remembers the afternoons when the agency’s employees, who were also sitting in the office, left the office radiantly. And he was far from finished with his colleagues. “Then you sit there, alone and frustrated. Here at WERK1 it’s quite different. We really like this startup atmosphere. We get to know so many other founders and can draw on each other’s experience. Everybody is helpful and if, for example, you need to get involved in sales and Co. Input needs, help is only a slack message far away and minutes later 3-4 people offer their experiences. And: We see which challenges the others overcome. This is extremely motivating”.

The founders of Chatchamp say that it is not only the premises from which the young company profits in WERK1. The fact that they are supported in the organisation of events and meetings, for example, as well as in other bureaucratic and logistical steps, is also a huge advantage of the location. For example, they recently organized their first own Meetup in the Eventspace and had help from the Event Team.

COURSE SET FOR THE USA

What the future holds for Chatchamp we want to know about Felix. “USA” is the short answer. There they applied for one of the German Accelerator programs. Meanwhile, the team has grown to a good ten people. In addition to the three founders, various sales & marketing and developers are on board. Felix comments: “We glow”. So nothing stands in the way of the motto “Continuous Improvement”. We at WERK1 are delighted to be able to provide Chatchamp with the breeding ground for so much zest for action!