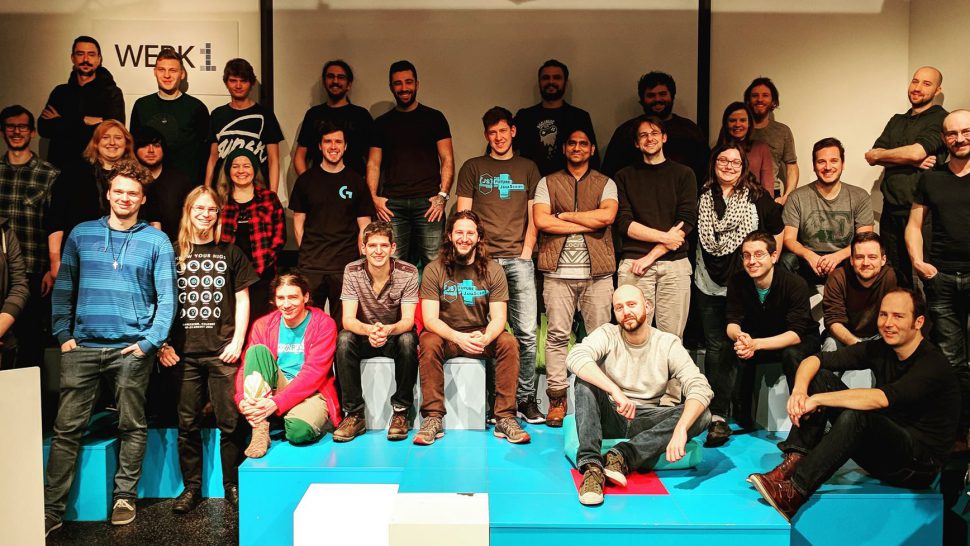 Once again the Global Game Jam was on the agenda: a worldwide organized hackatron, where beginners and professionals could develop video games together from Friday to Sunday. The Games/Bavaria team organised the event over the entire weekend at WERK1. A total of 804 locations – networked worldwide – took part in the event. Special highlight: Due to the professional implementation of the live stream, the Munich stream was part of the official live stream of the organizers for several hours and was shown and mentioned several times.

In 2018, the Global Game Jam was celebrating an anniversary: for ten years now, this special form of creative game development has been taking place around the world once a year. The participants are committed to developing a game and sharing it with the world in 48 hours. The WERK1 was the only event location in Munich – the excitement and enthusiasm of the participants was correspondingly high – an important day for the game developer location Bavaria.

In addition to the technical topics, the mixed teams are an important part of the event. Beginners can work with industry veterans to gain first insights and make important contacts. At the same time, professionals have the chance to think “out of the box” and try out completely new genres or mechanics in addition to their everyday projects. This is certainly one of the main reasons why Global Game Jam has been one of the most popular events of its kind for years.

Thanks to Cipsoft, Elgato we were again able to provide a fully catered venue with 48h Livestream, extracts of which can be found here.