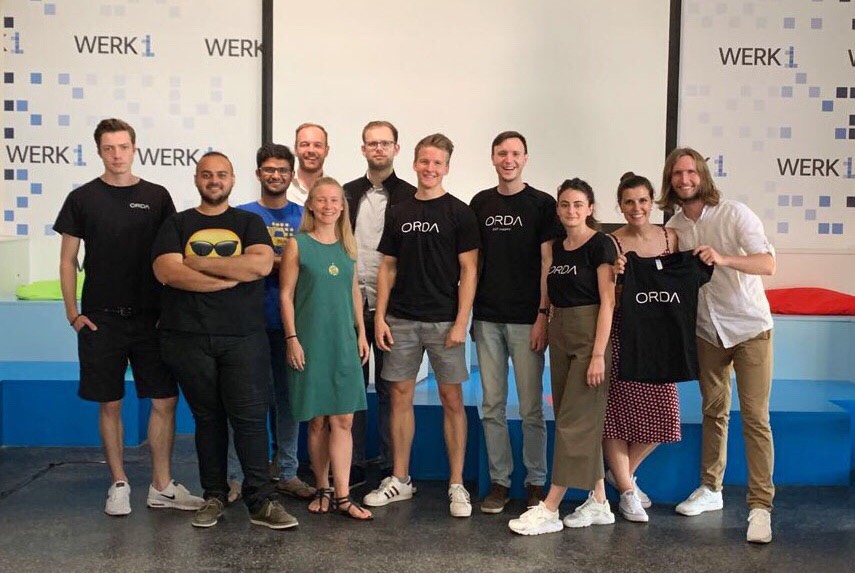 Chris, Janis and Peter study together, have lunch break – and are hungry! In the restaurant of their choice they can get one of the crowded, coveted tables. But the only waitress is somewhat overwhelmed by the midday rush. The clock is ticking. A line of other guests, who want to order their food to take with them, wait with growling stomachs. Why is it not possible to order an app? Would be much easier! And the time until the finished meal could be used productively. At some point the waitress and also the food will come. Damn,… is it possible to pay with a card? No. “You could organize that quite easily with an app, too,” the three think. The idea for ORDA was born – that was 2017.

Gastronomes and customers should benefit

This is ORDA’s mission: In order to fulfill it, the app takes over the steps that can be digitized during a restaurant visit and thus simplified or accelerated: Order and payment. For the guest, ORDA has the advantages of ordering quickly via the smartphone, making cashless payments and avoiding long waiting times. Gastronomes can thus significantly increase their profitability, for example through optimized capacity utilization and higher average shopping baskets. On the other hand, they can pay more attention to the guest by relieving the service staff.

Digital ordering and payment systems are already in use here and there. But since ORDA is already available on your own smartphone, this makes the whole thing much less complicated for the user. For ORDA, the biggest challenge is to build a B2C2B market and maximize the benefits for both the user and the restaurateur without compromising. The goal is to give users the opportunity to use their time and enjoy their lunch break as much as possible.

Since ORDA went live with its first restaurant in 2017, the 13-person team has been able to focus on building a strong team and working closely with users and partners after a successful investment round. Here, at WERK1, the startup has felt “poodle-well” since the beginning of 2019. They are happy to take advantage of networking opportunities such as the AfterWERK or the monthly factory breakfast. At the same time they are inspired by the feeling of “being part of something bigger”, says Head of Marketing, Carmen de la Iglesia, when we meet them for an interview in the WERK1 Café. Just as a very special district of Munich, the Werksviertel, is designed outside, ORDA can actively help shape the future of the business hub in WERK1. And not just them!

From WERK1 to all of Europe

By 2028, ORDA’s vision is to be the pioneer and pioneer of digital ordering and payment in gastronomy throughout Europe. The ORDA team is expected to double within this year. We at WERK1 wish you continued success! And we are already looking forward to the gastronomic experience 3.0 also finding its way into the works district in the future. For an even more relaxed lunch break.