“BEING DIFFERENT” IN THE VIDEO GAMES INDUSTRY: SALMI GAMES WORKS FAIR AND SUCCESSFUL AT WERK1 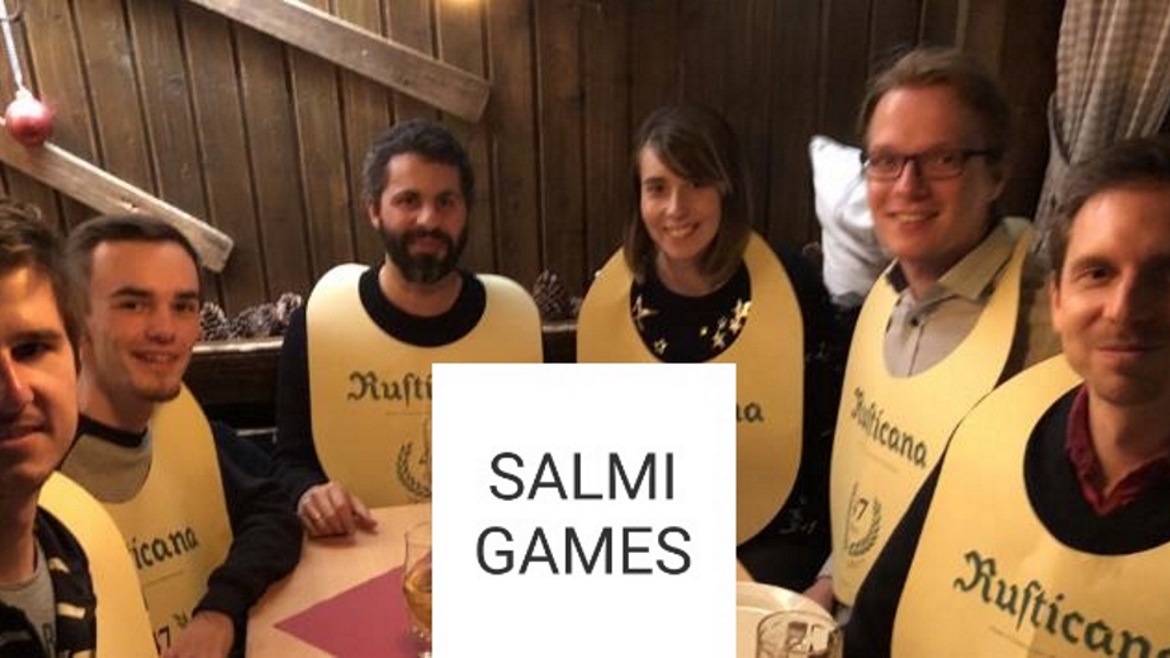 WERK1 just celebrated its 5th birthday and in the past years we had many startups with a digital background in our company. Thanks to Games/Bavaria and many ambitious founders, projects from the video games industry have been part of the original DNA of WERK1 right from the beginning and in addition to the umbrella brand for the industry here in Bavaria, we are also very proud to still have two outstanding studios under our roof. One of them is the Indie Studio Salmi Games with its founder Yacine Salmi.

After several years as an employee of the big names in the industry, the native Englishman founded his own studio – initially quite classic from his own living room. But with family and the first employees the space quickly became scarce and the WERK1 became the ideal refuge due to its location, colleagues from the industry and the necessary infrastructure in the form of cheap facilities and fast Internet. As with all startups, money is a rare resource in the early stages, especially when it comes to video games. Since its beginnings, the studio has published two of its own titles and attracted particular attention in the field of VR (Virtual Reality). The second title of the studio “Late for work” was released as a pure VR multiplayer pleasure and immediately impressed fans and experts. With the highlight that Salmi Games was awarded the special prize for the best VR game at the German developer awards at the end of 2017. With this income, a small funding budget from FFF Bavaria and the income from project and consulting work, the title is still being developed further.

“BEING DIFFERENT” AS EMPLOYER

Both as an entrepreneur and employer Yacine Salmi wants to break new ground with his studio. In an industry that suffers like no other from poor pay, tight deadlines and unreasonable working hours, he stands for a different style with his studio: fair treatment of his employees is extremely important to him and as a family man he knows how important sufficient free time and fair payment are to get to work every day motivated and full of creative energy – success proves him right.

Ellipsis puts you into an abstract universe that you can explore at your own pace. Fly through the levels, avoid your opponents and escape before they can react. Or explore without haste, master every world and reveal all secrets. Regardless of your play style, Ellipsis will challenge you from the first to the last level! The simple basic mechanics of the game are accompanied by an undreamt-of depth of hand-made, unique levels that are constantly evolving to make the game experience exciting from start to finish.

“LATE FOR WORK” SETS STANDARDS IN THE FIELD OF VR

In Late For Work, a player is a giant gorilla doing gorilla stuff. Up to 4 other players try to defeat the gorilla in an epic local multiplayer VR party. Work together to defeat the monster of immeasurable power. Or just to save your life. It’s an intense party game for the living room at home. The game brings VR and non-VR players together for a common experience.

In the area of VR, Salmi Games seems to do a lot right. At the official German developer award, the small studio surprisingly won the special prize “Best VR Game” with “Late for Work”. So surprising that the founder himself wasn’t even on site – his team was of course happy to take on this task and the cheque now decorates the small cosy office.

We at WERK1 are looking forward to further success stories of Salmi-Games. We know them as visionary and creative minds who will certainly bring much joy to video gamers in the future.