AT WERK1 TO THE EUROPEAN TECH CHAMPION: FRANK THELEN INVESTS MILLIONS IN SMARTLANE 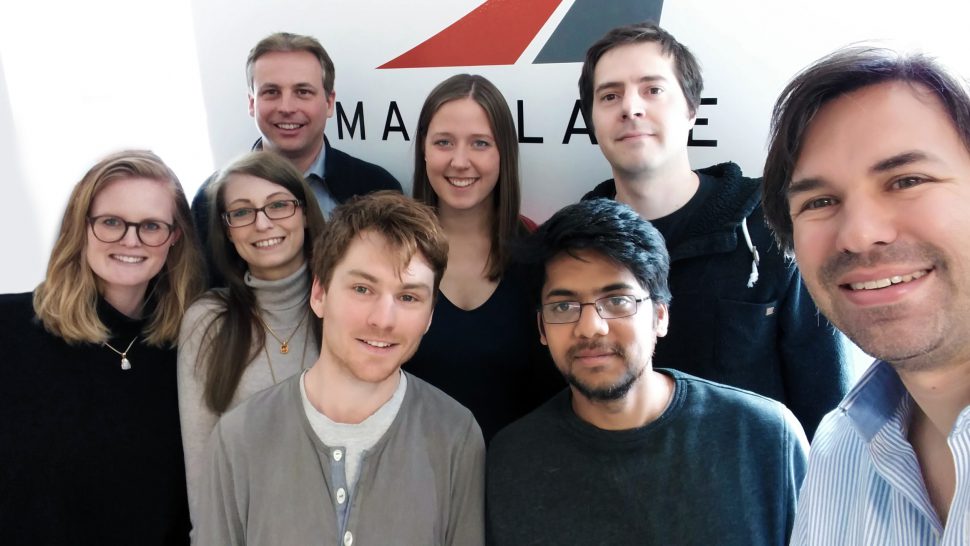 At the end of their time at WERK1, the Smartlane team has taken a big step towards their own vision of a complete digitalisation of the logistics industry!

Startup investor Frank Thelen and his team consider Smartlane to be a “European Tech Champion”, which was worth the biggest single investment so far. The team around founder Monja Mühling now wants to accelerate their own growth and build an international brand.

However, the Munich entrepreneur decided in favour of the Bonn founder and investor Frank Thelen and his venture capital fund Freigeist Capital, who is now investing a high single-digit million sum in the company founded in 2015, as the Handelsblatt learned exclusively.
Thelen, known from the TV-duel “Höhle der Löwen”, has not invested more in any other company to date. For good reason, as he thinks. “Smartlane has the potential to become a European tech champion,” he says.

When experience, entrepreneurial spirit, the right idea and the necessary know-how from the fields of IT, logistics and transport come together, the framework for a successful digital start-up project is in place – as in the case of Smartlane. Together with a little jump-start from WERK1, it becomes a common success story.

Since mid 2015, the founding team has been developing a solution for automated, digital delivery management. The underlying technology is based on the combined knowledge of more than 20 years of research at the interface between IT and transport at the Technical University of Munich. Smartlane uses Big Data technologies to integrate highly dynamic internal and external data. Routes can thus be optimized in real time – with regard to the resource utilization of the fleet, fuel costs, traffic volume and much more – and drivers can be controlled in a targeted manner. The team’s goal is to establish the standard for modern delivery and service logistics with the most intelligent and user-friendly software. The result is simple and impresses the customers at the same time: Reliably high service quality, sales increase, cost reduction and relieving the employees.

With its SaaS solution, Smartlane combines maximum automation, outstanding intelligence and state-of-the-art usability in a single product. With our cloud-based software, we offer medium-sized companies in the field of supply logistics the easiest entry into digitalisation. It is possible for our customers to understand the trend of on-demand logistics not as an insurmountable challenge, but as a major and above all sustainable opportunity and to use it profitably.

With moving into WERK1 in January 2016, Smartlane also had access to financing coaching – carried out by BayStartUP. Successfully: At the end of 2016, the startup was able to present a successful first financing round by a family office. After the transformation of the UG into a GmbH, the team also expanded – the first employees in the areas of marketing/PR and design/branding were hired and a larger office space at WERK1 was taken up. In addition to the team, the software has also grown and in the middle of 2017 the first version of Smartlane was launched. Even that with success. In the meantime, Smartlane is represented throughout Germany, partner of DER KURIER (the express division of GLS) and also involved in the Deutsche Bahn for the optimization of freight wheel tours. In order to further expand sales and development – and thus grow – a second round of financing is now in the pipeline, which will again be accompanied by BayStartUP.

At WERK1, Smartlane is a great example of how we want to support ambitious founders in realizing their vision: Attractive and affordable offices of any size and the ability to offer more room for growing businesses in the short term, access to our community and effective coaching to overcome difficulties in the early stages of start-up. But let’s ask the founders of Smartlane themselves:

Why do you have your offices at WERK1 and would you recommend this step to other startups in the digital sector?

Florian from Smartlane: Definitely. We can consistently recommend WERK1 and the associated infrastructure. Be it the regularly taking place tasty Werksfrühstück, the offer of workshops and events, the atmosphere in general,… the WERK1 offers in our opinion a great platform for startups to exchange information. Even though the topics of the individual startups in WERK1 are broadly diversified, we still have to realize that the problems are mostly the same and an exchange between them is therefore very valuable. In addition to the exchange of ideas, WERK1 also offers the opportunity to grow – a very important aspect for startups. Therefore we can only agree with the statement “the WERK1 is probably the most startup-friendly place in Munich”.