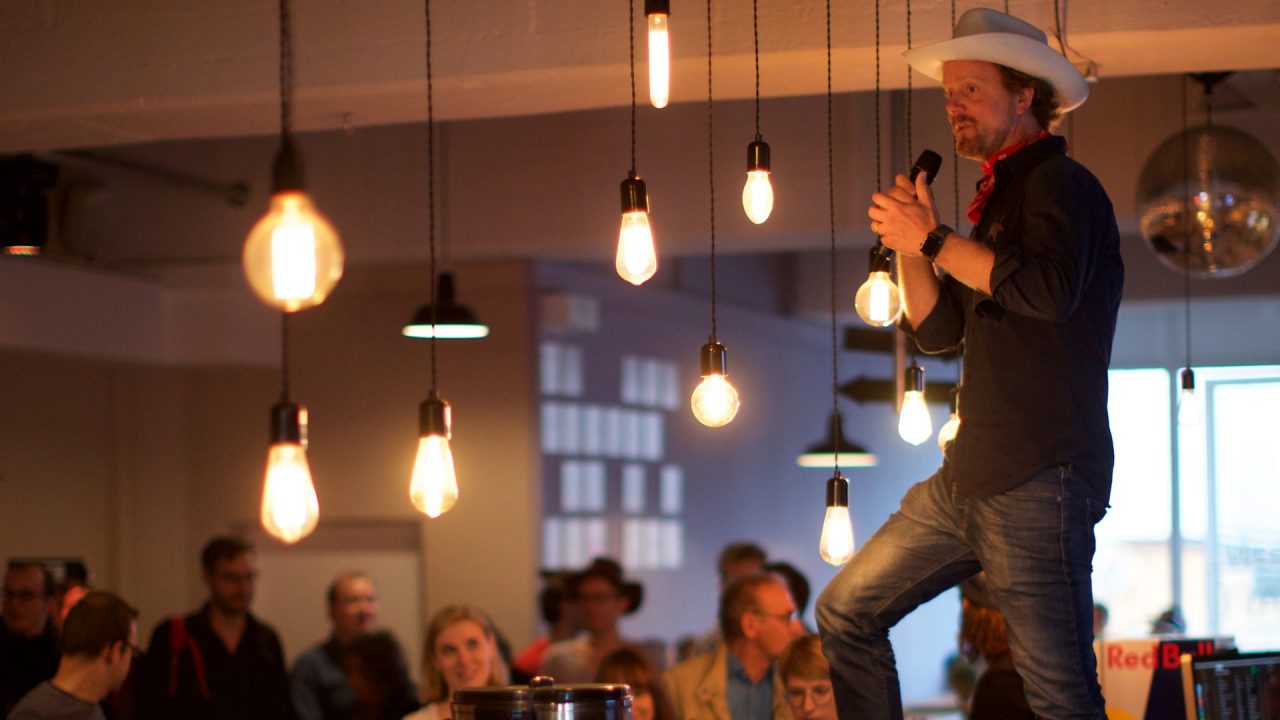 Two big celebrations have now firmly established themselves in the WERK1 calendar: The Christmas party at the end of the year is always a chance to pause for a moment, to review the year and to celebrate what we have achieved together. On the other hand, the summer party is rather the gathering of the entire community: We get to know each other better, friends, family, alumni, mentors and many others from the WERK1 environment come together and we start the second half of the year. On Thursday, July 11th, the time had come again. Under the motto WILD WILD WERK1, we invited almost 200 visitors from WERK1 to start a big summer party.

START FOR FUTURE STARTUP-FOUNDERS WITH CHILD MAKE-UP – THEN IT BECAME “WILD”.

The youngest start at 16 o’clock. Thanks to the great help of our WERK1-Startup Artmasters, the children and later the adults were dressed up for the rest of the evening. Short time later, in the early evening all cowboys and -girls could prove themselves at Bull Riding – the winner got a ride for two in the Ferris wheel High Sky here at the factory quarter with more than one minute later in the evening. At exactly 6 p.m. Sheriff & Managing Director Florian Mann entered the bar: After a few words of welcome the catering was opened and all guests were prepared for the rest of the evening with burgers, hot dogs or baked potatoes. At 9 p.m. the DJ rang in the loud part of the evening in the WERK1 Café and kept the mood going until the end.

A STAGE FOR REVELLERS

Startup’ler can not only work late into the night, also with the celebration some do not go one minute too early home. So it became a long night together with the WERK1 team and many guests from the community and together we start now into the second half of the year, in which surely still many further success stories wait for us all.

LATER IN THE EVENING IT GOT “HOT”.

In the meantime, there was a touch of Silicon Valley at the event: a flamethrower from “The Boring Company”, founded by Elon Musk, found his way to the guests thanks to our residents from Curiosity.ai and provided spectacular pictures – not a trace of “boring”.